JVM PermGen – where art thou?

JVM PermGen – where art thou?

The JVM is just another process running on your system and the magic begins with the java command. Like any OS process, it needs memory for its run time operations. Remember – the JVM itself is a software abstraction of a hardware on top of which Java programs run and boast of OS independence and WORA (write once run anywhere)

As per the spec, JVM is divided into 5 virtual memory segments. 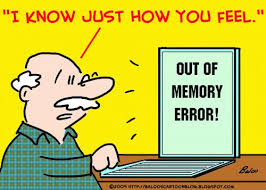 Permanent Generation – This area stores class related data from class definitions, structures, methods, field, method (data and code) and constants. Can be regulated using -XX:PermSize and -XX:MaxPermSize. IT can cause java.lang.OutOfMemoryError: PermGen space if it runs out if space

Code Cache – The cache area is used to store compiled code. The compiled code is nothing but native code (hardware specific) and is taken care of by the JIT (Just In Time) compiler which is specific to the Oracle HotSpot JVM

So, that’s about it for the JVM memory segment basics. Coming to back to the Permanent Generation.

Essentially, the PermGen has been completely removed and replaced by another memory area known as the Metaspace

This was obviously just the tip of the iceberg. For comprehensive coverage of the JVM, there is no reference better than the specification itself 🙂

(Additional note – thanks to inputs by Jon Diamond)

Note: The JVM specification itself is a standard for vendors (who implement the spec to build their own JVM) to follow. It should not be used to figure out vendor specific features (e.g. SAP JVM might implement a spec feature differently than that of the Oracle HotSpot VM). The JVM specification provides scope for innovation by not enforcing each and every minor details w.r.t implementation. In fact, we are living in the age of Polyglot Languages – which compile to byte code supported by the JVM (Scala, Groovy, JPython, JRuby, Kotlin etc). But for most of us out there – it can be leveraged to gain a solid understanding of the Java fundamentals ranging from bytecode to class loading process

Published at Codepedia.org with the permission of Abhishek Gupta – source JVM PermGen – where art thou? from https://abhirockzz.wordpress.com

Parse LocalDateTime from String in ISO Format with 0 milliseconds