(P) Bookmarks.dev - Open source Bookmarks and Code Snippets Manager for Developers & Co. See our How To guides to help you get started. Public Bookmarks Repo on Github - Star

The Selenium WebDriver is a popular open-source tool for web-based application automation testing. It supports a cross-operating system, cross-device and cross-browser tests. Also, it allows you to code using multiple programming languages, such as Python, Java, Ruby, PHP, Perl, and more!

PHP is a popular programming language for server-side programming. As of January 2021, research indicates that 79% of websites are developed in PHP. Did you know that PHP is used in web test automation as well?

This article discusses how you can use PHP to create web test automation. It mentions the basics around the Selenium-PHP combination. Also, it lists some popular automation testing tools that your software development company can use in their project.

Supported by Selenium WebDriver, BrowserStack enables cross-browser tests. It hosts a Selenium Grid of 2k+ real devices and desktop browsers from which to test. Tools such as TestProject, which is a free test automation tool, allows easy integration with it.

To run Selenium WebDriver tests using PHP programming language, one needs to install PHP and Composer in the system. Composer is nothing but a dependency manager for PHP.

Select the OS and device or browser using a drop-down option to run the test. As per the selection, the PHP code will update automatically.

Using this tool, QA engineers can test the web applications using any browser or mobile device. In effect, since the tool is deployed on the cloud, your QA project henceforth does not need to rely on the costly and sometimes unreliable VMs and in-premises lab machines.

You can try a free trial before deciding to buy the license. It supports live tests, visual tests, automated tests, and record and playback features.

Using the tool, test automation developers can automate test scripts in PHP. Codeception and Behat, which are BBD test frameworks for PHP, are used. BDD helps to define how the web application would behave in several test scenarios.

This tool enables running automated test cases with your choice of the PHP framework. It requires you to install both PHP and Composer.

To configure the tests, you can choose either the local machine in your lab or use TestBot’s remote machines. Then, select the browser/device from the capabilities field.

The tool also provides the TestingBot Tunnel, which can be used for testing internal websites securely. Behat and Codeception BDD frameworks can work along with Mink browser emulation. The PHPUnit framework can also be used.

It is visual because it takes the screenshots of the application under tests and then sends them to the AppliTools Eyes for validation. If there is a match found, it marks the test as passed; otherwise, if it considers differences, the tool keeps the test script as failed.

Using PHP Pear, one can send remote HTTP GET and POST commands to the Server in the automated tests. When used with the Selenium Server, it can be used to control and test the web applications on the browser.

It requires the Selenium Server and a Java application to start before triggering the tests.

This is a cloud-based cross-browser testing tool allowing QA projects to test across 2k+ browsers and their versions put together.

As with the other tools to get started, one needs to install the latest PHP version as per the operating system you are using. Once done, install the Composer. Finally, install the Selenium-based dependencies.

You need to set up the configurations before triggering the tests for execution.

As they say, Selenium is the Swiss Army knife-type of test automation tool because of the plethora of libraries and available tools. It also provides cross-browser, cross-platform, cross-device, and cross-programming language support.

An interesting fact is that no matter which programming language you wish to code, the Selenium WebDriver tests don’t depend on the coding language used to develop the web application.

Neither does it depend on which software development framework guide your project followed.

The bindings and frameworks that strengthen the Selenium-PHP combination

A vital language binding called PHP-WebDriver powers up the combination of PHP with Selenium WebDriver. It enables the control of browsers from PHP.

The WebDriver’s architecture internally associates with the JavaScript Object Notation wire protocol over HTTP. This protocol enables transportation technology to ensure the transportation of data between the client and the Server.

At the same time, it also provides arrays, objects to read and write data from the JSON. Hence, the PHP-WebDriver associated library also supports JSONWireProtocol.

Apart from that, it supports the W3C WebDriver as well. Selenium is W3C compliant, after all. You ought to download browser-specific WebDrivers to get started. A QA tester can choose among the several browsers along with their supported versions while performing cross-browser tests.

Selenium Grid also powers up the testing by providing a grid of test machines for the testing project. The test machines are termed nodes. Each of these nodes is a computer or a virtual machine spread across several types of operating systems and browsers. This network of nodes connected over the network is controlled by the Hub. The entire system setup is called the Selenium Grid.

Several PHP frameworks enable Selenium WebDriver tests. The WebDriver APIs can be used with several frameworks. Some of them are the following: PHPUnit, Codeception, Behat, etc.

Thanks to Selenium WebDriver, automated web tests are easy! More importantly, it enhances the test coverage of a QA project. All these tools can provide parallel testing capabilities and enable high availability, which is essential for customers.

As detailed in this article, we can now understand that the Selenium with PHP combination is a powerful option for automation testing, powered by several PHP frameworks. With such a robust blend, why not explore web test automation in this way? After all, both can help build an efficient test automation framework, ultimately favorable for both your software organization and your customers. 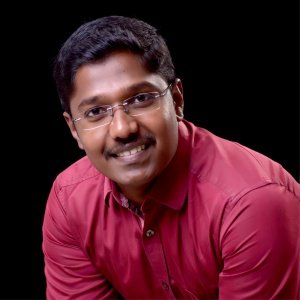 Dan Martin has been building teams and coaching others to foster innovation and solve real-time problems. Dan also enjoys photography and traveling.

How to resize pictures from folder in Node.js with Jimp

Simple api tool implementation on localhost to resize from folder in Node.js with Jimp Continue reading

How to save api json response as file in angular