Just wanted to share some useful resources I came across, when trying to figure out how to expose errors in a RESTful API

In this post I will present a trick I used to create the responsive menu on Podcastpedia.org : 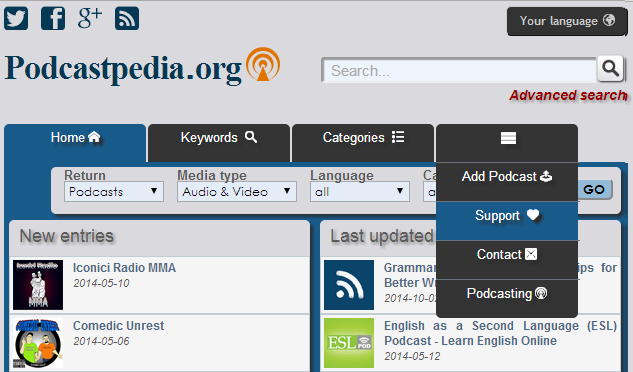 This is the sequel of the post CSS Preprocessors – Introducing Sass to Podcastpedia.org. If in the first part I presented some Sass-features I use to generated the CSS file for Podcastpedia.org, in this part I will present how the .css file generation process can be implemented with the help of Gulpjs.

1. Set up the infrastructure

Well, the first I needed to do is install Nodejs:

The Cascade Style Sheet (CSS) file of Podcastpedia.org had grown to over 2000 lines and it had become hard to manage. New CSS elements used to, most likely, go to the end of the file. Something had to be done… Well, CSS does have an import option that lets you split your CSS into smaller, more maintainable portions. The only MAJOR drawback is that each time you use @import in CSS it creates another HTTP request. In addition to that, this could have prevented style sheets from being downloaded concurrently. So, what to do? Ta-da, CSS preprocessors to the rescue.

In this post I will present how easy it is to enable HTTP response headers on the server sidein Java with Jersey, as defined by the Cross-Origing Resource Sharing (CORS) specification. For that I have extended the REST API  built in the post Tutorial – REST API design and implementation in Java with Jersey and Spring, with CORS support.